Yes, you can fundraise on a Friday

If you’ve been involved in email marketing for any small amount of time, you’ve certainly heard that Tuesdays, Wednesdays and Thursdays are the best days to send emails. Everyone knows those days get the best open rates, click rates and conversions, right?

It seems logical. Weekends, of course, are a big no-no. People are too busy on Mondays. And everyone checks out on Fridays.

Here’s the problem, though: If everyone knows this and everyone is firing off emails on those days, then people’s inboxes are getting bombarded with marketing messages in the middle of the week. Sometimes, it’s best to zag when everyone else zigs.

On top of that, what everyone “knows” about the best days of the week to email may not even be accurate anymore. Campaign Monitor recently analyzed more than 100 billion emails sent through its platform in 2021. The results show little difference in the open and click-through rates for weekdays:

Think about it: A lot has changed in our digital habits since 2020. One big factor is that many more people work from home now, which means less time sitting in traffic and more time checking their inboxes, searching online and visiting websites.

For nonprofits, this means Fridays can be a great opportunity for digital campaigns. The key is to find clever ways to stand out in the crowd. Here are a couple of great examples:

This June, North Texas Food Bank took a long-standing, month-long triple match and elevated the campaign to feature a single-day quadruple match on a Friday. RKD helped the food bank promote the campaign through social posts, emails, a lightbox with a countdown timer and MMS.

This integrated, multichannel approach increased awareness of the special “one day only” giving opportunity and drove higher-than-normal engagement and response rates. And by upgrading from a triple match to a single-day quadruple match on a Friday, the campaign raised more in a single day than had been projected for the entire month! 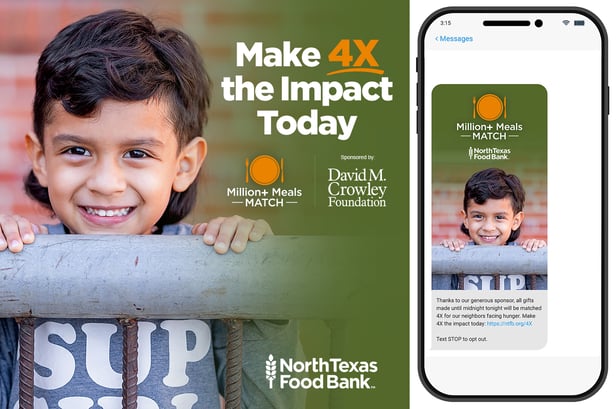 Thanks to the success of this campaign, North Texas Food Bank managed to see an increase in revenue when comparing June 2022 to June 2021—despite many organizations seeing decreases year over year due to inflation.

Simple proof that there’s no need to fear Fridays.

This started as RKD pitching a single “day of giving” campaign, and it turned into leveraging the fact that every year features four or five months that contain five Fridays. In 2021, it was January, April, July, October and December. This year, it’s April, July, September and December.

This was used to make the connection that Food Bank For New York City serves the five boroughs of New York—Manhattan, Brooklyn, Queens, Staten Island and The Bronx.

So far this year, we’ve done three Five Borough Friday campaigns (April, July and September), and the results have been terrific:

Once again: Fridays can be your friend.

Let’s not forget about the start of the week either. Like Friday, Monday has long been known as a no-no for marketing and fundraising.

But the Animal Rescue League of Iowa has an ongoing campaign called “Monthly Mondays,” in which RKD has run a lightbox on their website promoting monthly giving through their Loyal Friends Club every Monday. We’ve also helped them launch a landing page specifically for the Loyal Friends Club.

This push has really taken hold with donors. Since Monthly Mondays began nearly two years ago, the Animal Rescue League of Iowa has nearly doubled the number of new sustainers acquired on Mondays. And Mondays are now the third-strongest day of the week for acquiring new monthly donors.

No matter which day it is, there’s always competition for donors’ attention. These campaigns show that it’s not the day of the week that matters, it’s the creativity behind the campaign strategy that makes it stand out.

As you plan out your digital fundraising campaigns for 2023, don’t be afraid to lean into Mondays and Fridays with some clever ideas!

As a digital strategist at RKD Group, Jessica provides plans, schedules, budgets and projections for everything that goes into digital fundraising. A curious and strategic thinker with experience in client services, brand planning and integrated campaign development, Jessica passionate about bringing new ideas to life and helping nonprofit brands tell their stories. 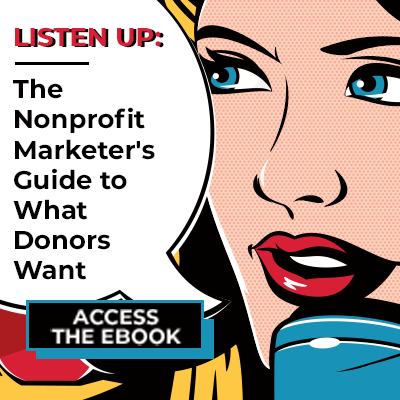 How to remain personal while leveraging marketing automation

GivingTuesday: There’s still time for success with these tips