Today’s digital technology has greatly enhanced the number of tools available to nonprofit organizations in their fundraising belts, but it can be a bit overwhelming when it comes to year-end giving.

With web pages, social media, display ads, paid search and more at your fingertips, planning out a comprehensive digital strategy is a daunting challenge. After all, when it comes to choosing the right tool for the job, you don’t want to grab a hammer when a screwdriver is the right fit.

While direct mail still plays a major role in fundraising, digital donations are on the rise – especially in year-end giving. The Blackbaud Institute reported that online giving accounted for 8.5% of total fundraising in 2018. In December, that percentage doubled to 17.3%.

That means the fundraising strategy you’re putting into place right now will have a huge effect on year-end giving when it comes to key metrics like revenue and donor acquisition and retention. And while there are countless other authors out there with countless other suggestions for the “best” ways to reach donors and make a connection this giving season, we decided to try a little something different.

Instead of just talking the talk about what you should do in your year-end digital fundraising strategies, we thought we’d walk the walk and showcase five strategies that have actually worked for our clients.

You’ll be competing against a host of other nonprofit charities for attention, so it’s critical to find a way to stand out in the crowd. This is where a clear, well-planned campaign can be the most effective.

Working with a major donor or corporate sponsor on a matching campaign is a great place to start. For Boston’s Brigham and Women’s Hospital, a triple-match campaign tied to Giving Tuesday was a huge success. In one day, they received 385 gifts at an average gift size of $208.55. 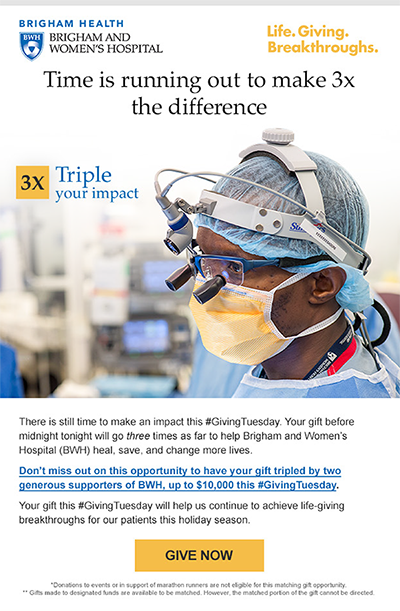 The Connecticut Food Bank took a similar idea and expanded their Giving Tuesday event throughout the entire month of December. They dubbed the campaign “31 Days of Giving,” and the result was an average gift size of $216 and total revenue of $29,384 for the month. 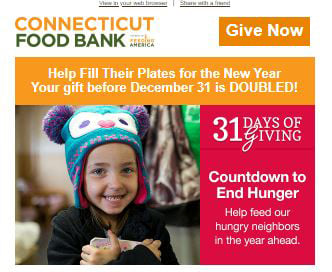 Before you begin any large-scale online fundraising campaign, it’s important that your landing page is fully optimized for donations. People make snap decisions while navigating the web, and a cluttered, unappealing donation form can lead to a quick exit.

RKD helped South Plains Food Bank update their donation form to responsive coding for mobile phones. We also simplified the giving options and minimized navigation, making the website user-friendly for any visitors. The result was a 44% jump in conversion rates within 60 days of launch.

For Los Angeles Mission, the task at hand was more extensive. They needed a complete website redesign to enhance the fundraising experience for users. RKD built a website with a unique design and user interface that later brought in two creative awards. The changes led to a 15.73% increase in website conversions and a 73.41% increase in mobile revenue. 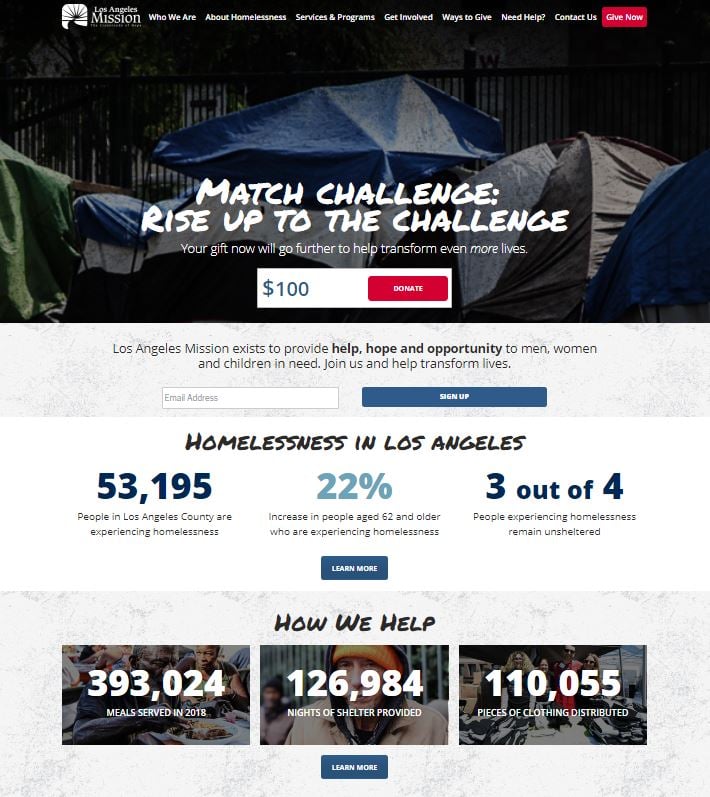 3. Connect through Social Media and Email

Engagement is key when it comes to connecting with donors, and digital technology gives us two great methods for sending out a tailored message to the right audience.

When Gleaners Food Bank of Southeastern Michigan wanted a way to stand out, RKD implemented email personalization that included both the first name and the county in each recipient’s subject line. The emails also asked for a specific number of gifts from each county. This resulted in a click-through rate increase of 270% and a response rate increase of 155%.

Social media offers another great way to connect directly to donors. When the American Kidney Fund launched a peer-to-peer fundraising program, we helped drive more conversions with social media. They saw a 384% increase in the social following and a 660% increase in shared social content. This ultimately led to a 128% boost in DIY fundraisers among followers. 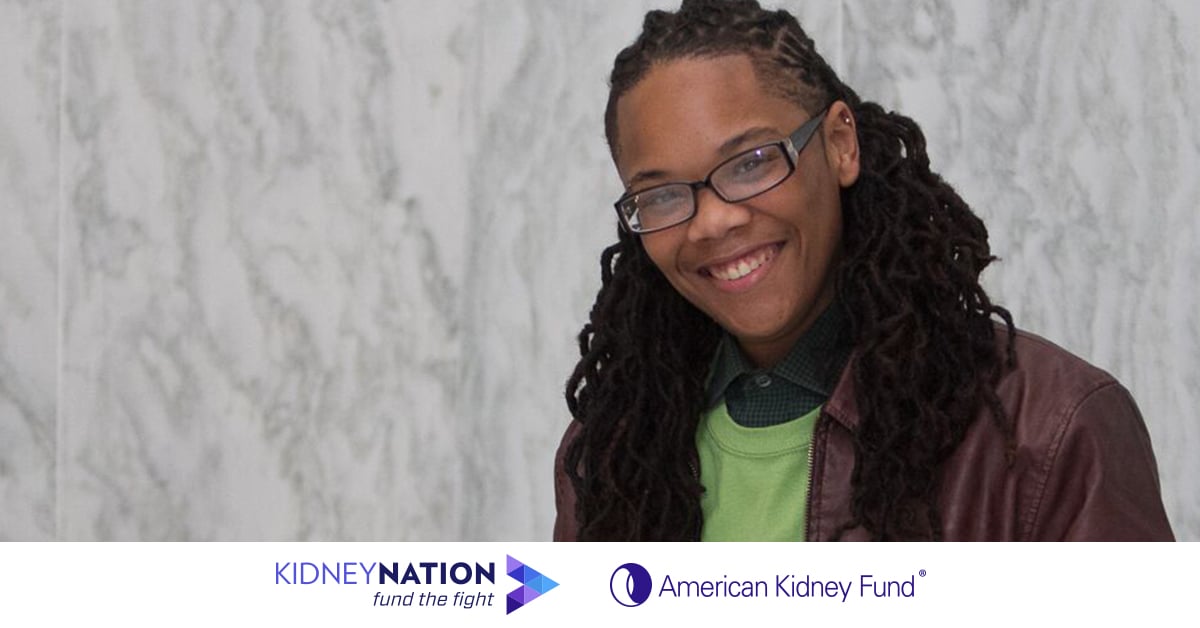 Digital advertising provides a number of different touchpoints for reaching audiences and sending them through the marketing funnel. No matter the approach, the key is to test your messaging and creative to find the right fit for your audience.

St. Labre Indian School worked with us on a digital media plan that makes use of paid search, display, and Facebook ads to reach their audience, and the results were dramatic. Over the course of three years, they saw a 65% increase in year-over-year (YOY) donations and a 53% increase in YOY revenue, culminating in 5,307 gifts in fiscal year 2019. 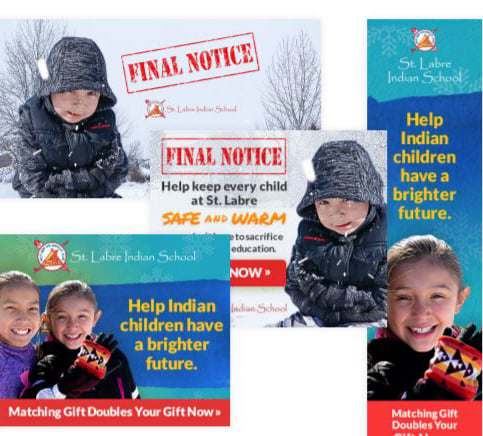 The American Bible Society needed a new strategy to improve their upper funnel tactics, and RKD chose targeted native advertising as the best solution. These paid ads match the look and feel of the website on which they appear and can be very effective in engaging users. The campaign generated 5,297 website sessions with an average duration of nearly 19 minutes. This engaged audience contributed 87 donations. 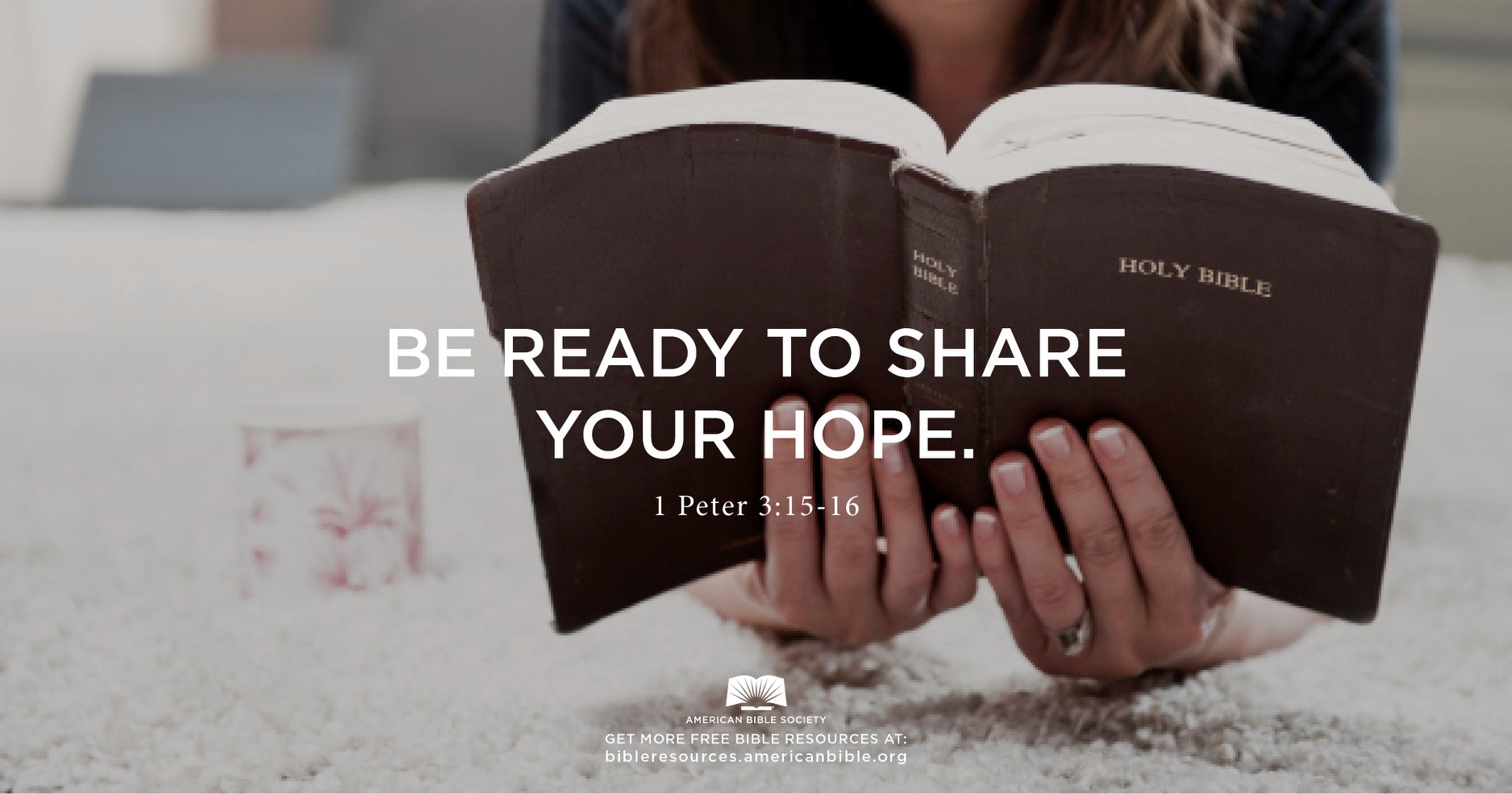 Ultimately, the best approach is to coordinate all of the tactics above (in addition to direct mail) together in a well-orchestrated strategy for your year-end giving. Here’s how it works:

For North Texas Food Bank, RKD used both Google Ad Grants and email campaigns to send users to their website. This multichannel approach led to an immediate increase in website traffic, resulting in a 91% YOY increase in overall visits.

St. Labre Indian School went one step farther. They took their traditional year-end direct mail campaign and expanded it to a multichannel effort, syncing their email, digital ads and direct mail efforts around the same creative and messaging. The result was resounding success, with a 12% boost in average direct mail gift size and an additional 7% revenue increase from the combined digital ad and email campaigns.

Time is running out, but you can still implement effective year-end giving digital strategies that boost revenue, as well as donor acquisition and retention. As you can see above, these aren’t just talking points – these strategies actually work.

With the right tools and the right plan, you can craft a masterpiece of fundraising success for your organization this November and December.

Jarred Schremmer has worked in multichannel fundraising, communication and direct marketing for a distinguished list of health, international relief, faith-based, arts and culture, and collegiate athletic clients since 2005. His experience across multiple nonprofit communication channels adds even more depth to his strategic leadership.

As Senior Vice President of Digital and Media Strategy, at RKD Group, Jarred currently leads dynamic teams of digital fundraising and media specialists who serve an international base of nonprofit organizations. His digital teams have a remarkable record of success helping organizations increase media reach, multiply fundraising and marketing revenue, and grow digital and multichannel donors. Jarred, who is committed to making data-driven strategic decisions, employs sophisticated donor attribution models to increase response and strengthen donor relationships for his clients.

What does Google's MUM update mean for your nonprofit's SEO strategy?

Digital tools every nonprofit should have on their radar

The basics of connecting your digital donor data